Elementos completed the acquisition of the Oropesa Tin Project in Andalucia, Spain in January 2020. Oropesa is one of the world’s largest undeveloped, open-cut mineable tin deposits, with access to world class infrastructure and  represents a near-term development and cash flow opportunity for Elementos.

In December 2021, Elementos announced it had commenced an Optimisation Study (JORC level Scoping Study) at its wholly-owned Oropesa Tin Project in Spain to reassess the annual mining rate, and throughput of the processing plant and supporting infrastructure.

Elementos’ Optimisation Study (JORC defined Scoping Study) for its Oropesa Tin Project in Spain has confirmed a robust case for upgrading the project scale to 1.25Mtpa Run of Mine (ROM) rate, with average annual contained tin production projected at 3,350tpa.

On a base case tin price of US$32,500 per tonne, Oropesa’s Optimisation Study has confirmed:

Elementos plans to undertake a Definitive Feasibility Study (DFS) and finalise environmental permitting as its next steps in developing Oropesa.

Key features of the Oropesa project include:

Oropesa consists of a 14.51km2concession package 75km north-west of Cordoba and 180km north-east of Seville, in the Andalucia region of southern Spain. The Oropesa district has historically been a mining district for base metals, with coal mining ceasing recently.

Tin mineralisation was first recognised at Oropesa in 1982. Intensive exploration activity since 2010, including 261 drill holes, has resulted in the definition of the current mineral resource. The project area contains numerous geophysical and geochemically anomalous regions that could potentially extend this resource with additional exploration. 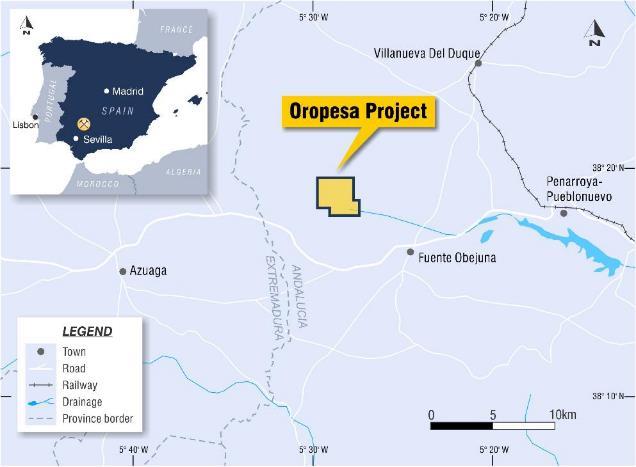 Access to the Oropesa project area is well serviced with paved highways and gravel roads and tracks throughout the area. There is rail access about 16km from the project area. The district also has several power lines of varying voltage capacities.

The tin mineralisation (cassiterite with minor stannite) occurs as a replacement style orebody associated with sulphides, predominantly pyrite and pyrrhotite within a sedimentary sequence at the contact between sandstone and conglomerate units. Widespread folding of the sedimentary sequence has resulted in the mineralised sequence being overturned and repeated in places 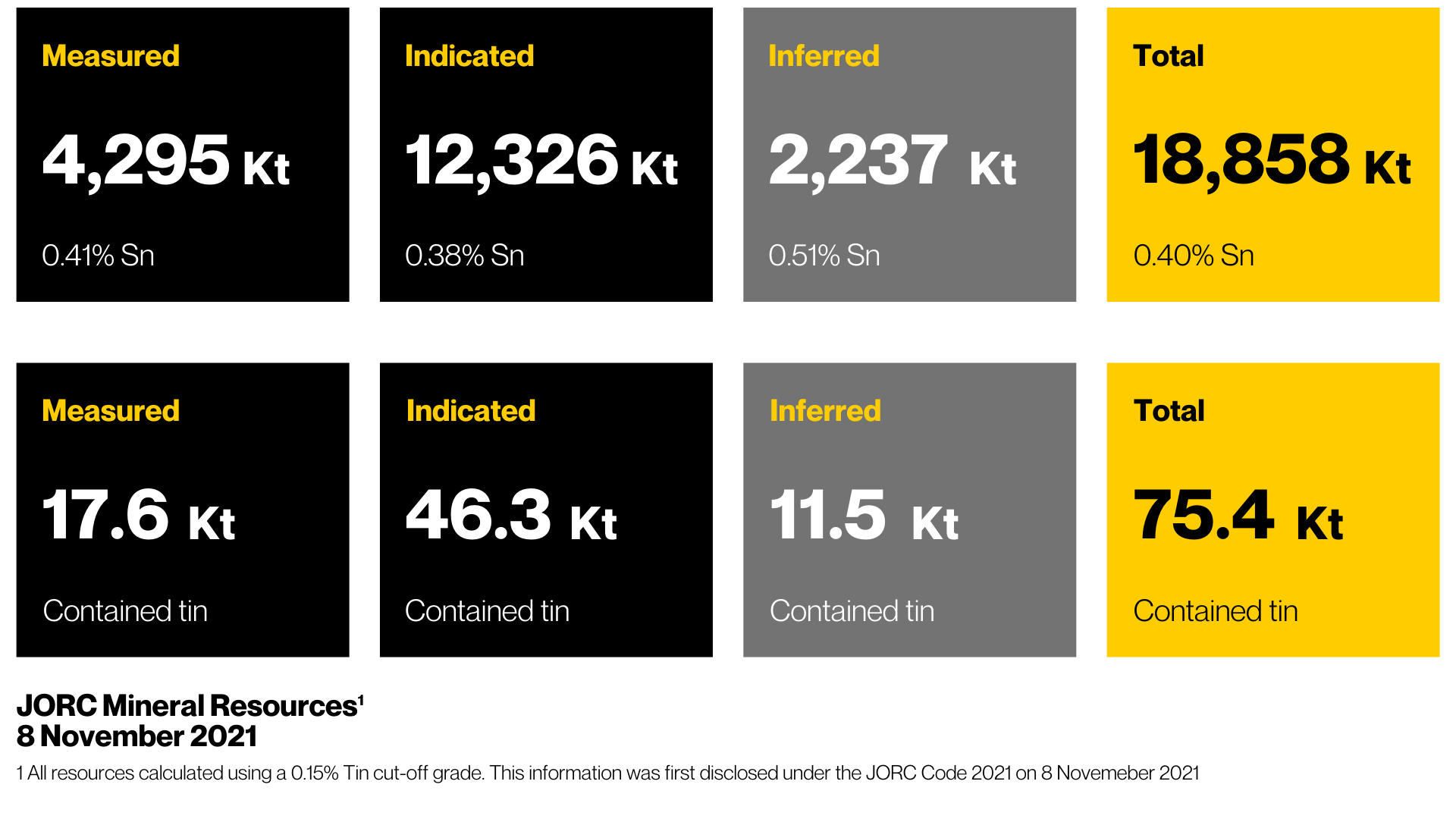 Modelling indicates a waste mass rejection of 25%, with a 24% increase in the tin grade of the feed to a processing plant, for a 92% recovery of the contained tin. Trends in the test work data indicate that further optimisation of the process should improve tin recovery and feed grade.

The Company has commenced further engineering work on the Oropesa Project to incorporate TOMRA ore sorting technology in the process flowsheet.

An Exploitation Licence (Mining Licence) application for an initial open-cut operation graduating to an underground operation with the potential to produce up to 3,000tpa of tin in concentrate was lodged with the Junta de Andalucia in October 2017. The application entails all technical aspects for the mining and processing of the Oropesa orebody as well as associated infrastructure, equipment and tailings storage facilities to operate the tin mine.

Elementos has submitted three key regulatory documents to the Junta de Andalucía required to attain a Mining Licence (Exploitation Licence) and Environmental Authorisation for its flagship Oropesa Tin Project in Spain. These lodged documents for assessment include: