Elementos Limited owns 100% of the Cleveland Tin Project in Tasmania, following a merger in 2013 with then unlisted company Rockwell Minerals Limited. The site is located 80km southwest of Burnie in the mineral-rich northwest region of Tasmania, Australia. 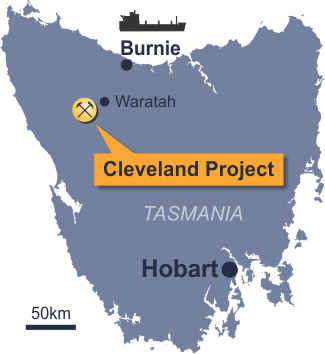 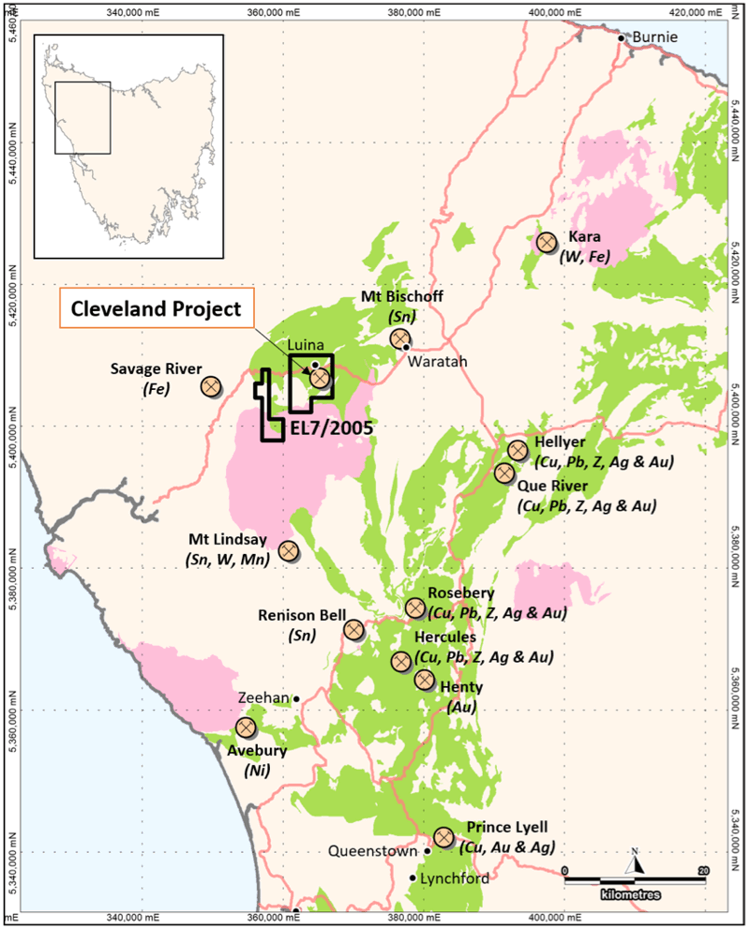 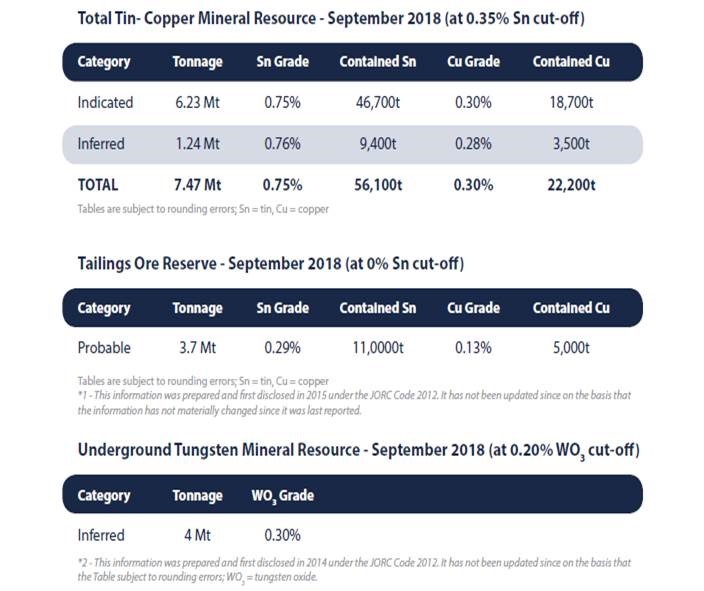 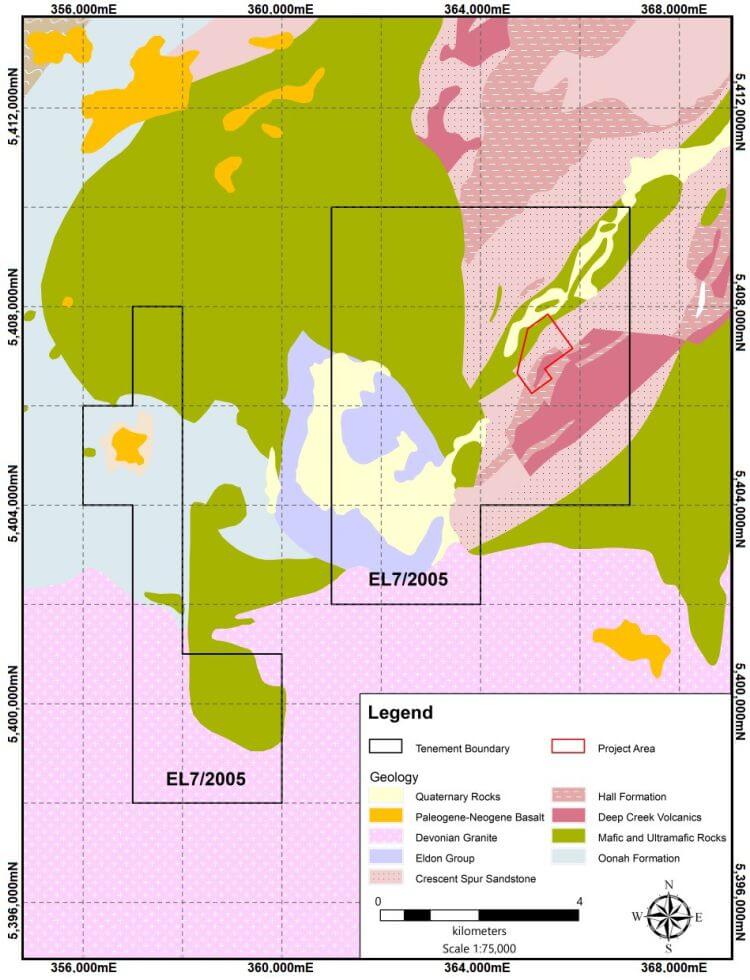 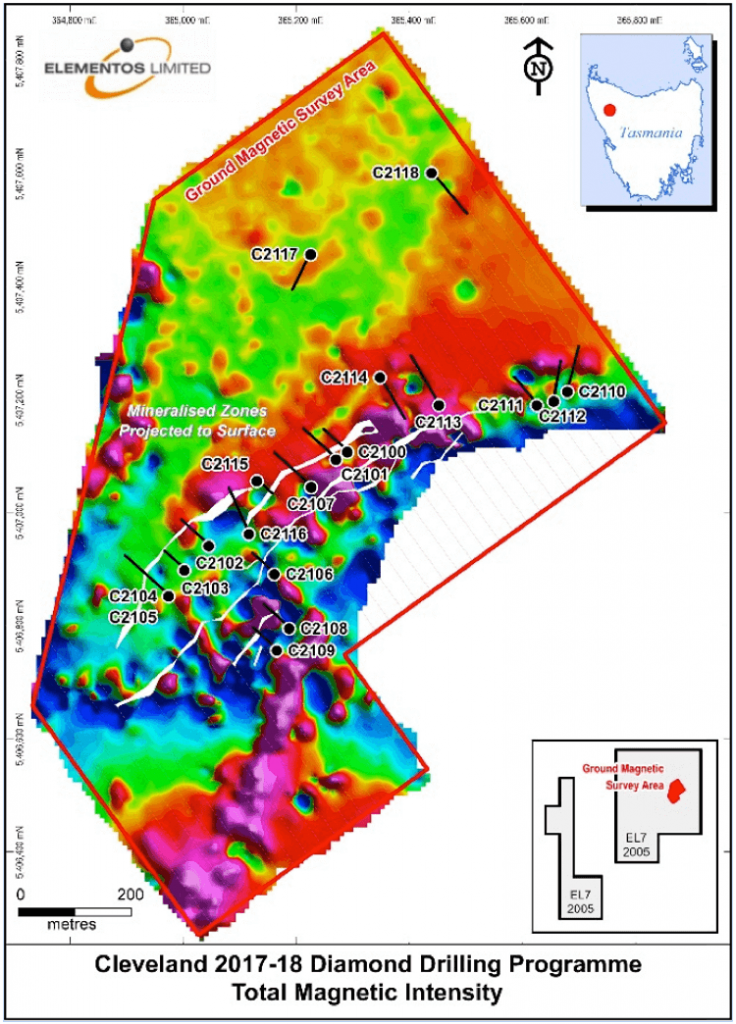 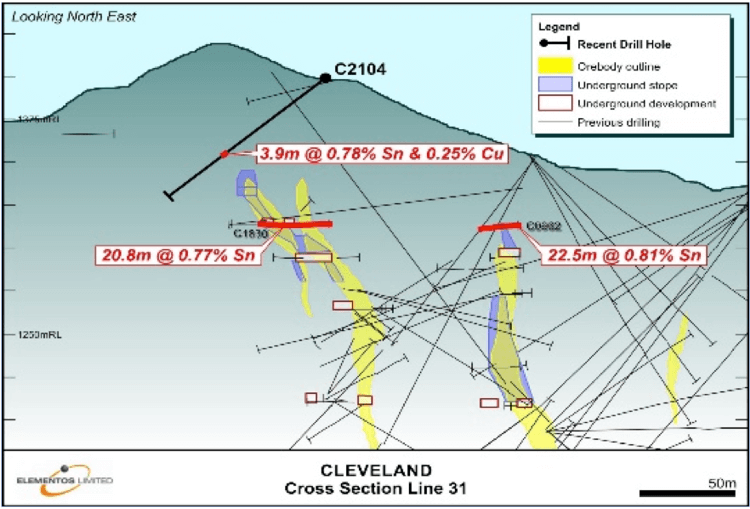 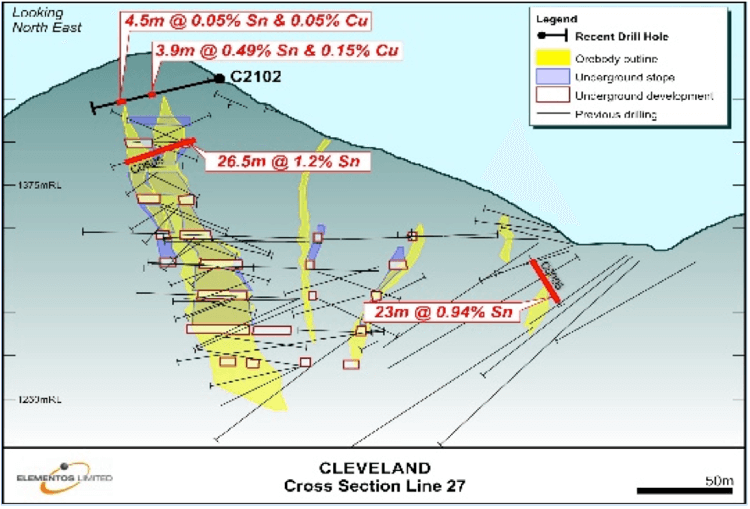 Elementos has a clearly defined development strategy in place for the Cleveland Tin Project.

Stage 2 – refurbishment and development of the underground mine to produce tin, copper and tungsten concentrates.

Recent work has involved exploration, targeting the physical limits of the potential open cut resource at Cleveland and refining the metallurgical processing flowsheet.

A significant amount of testwork has been carried out on re-treating the significant tailings resource at Cleveland. Tailings recovery testwork to-date has developed a process to a 52% Sn concentrate with a 49% recovery.

Metallurgical testwork is being carried out on recently collected drill core hard rock lode samples to assess improvements in gravity and flotation processes since the underground mine last operated at Cleveland in 1986. The historical hard rock processing circuit produced a 55% Sn concentrate with a 55% recovery.

Historical workings extend more than 400m below the surface. Mechanised sub-level overhead benching mining method was used. The conventional cassiterite recovery process of gravity followed by flotation was engaged, and the mine benefited from underground and surface infrastructure rehabilitation in1990. 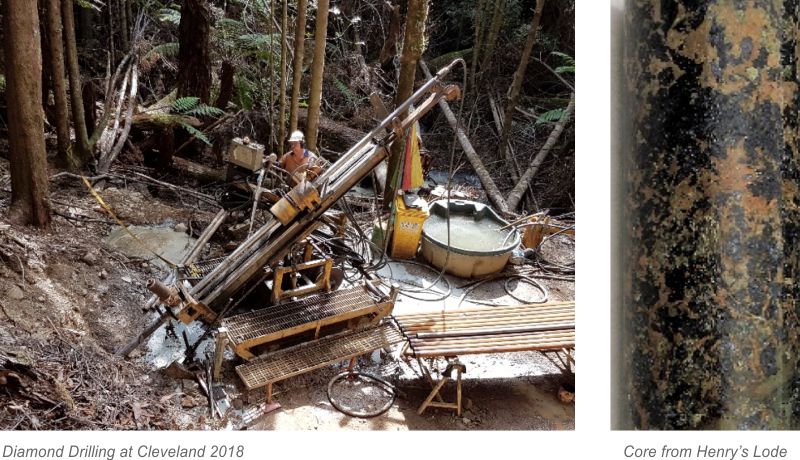 Laboratory scaled testwork by Elementos on the Cleveland tailings resource has shown a 50% improvement in the yield of tin to a low grade concentrate (~10% Sn).